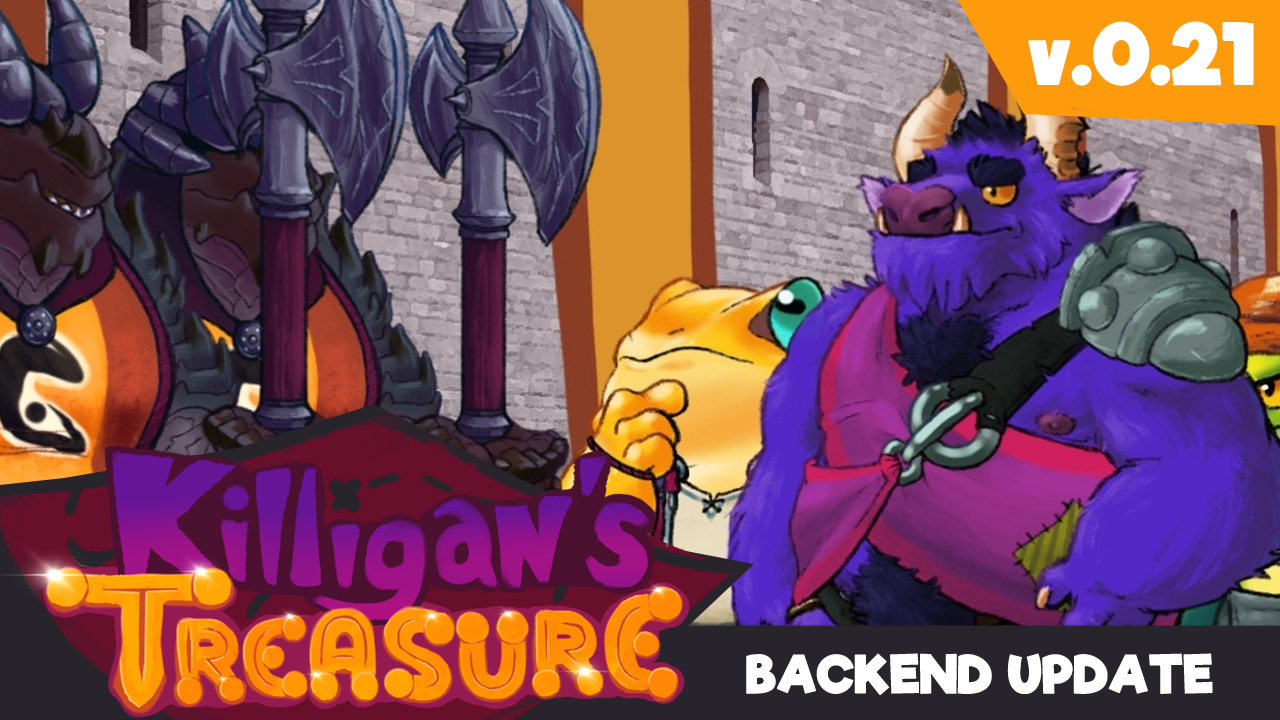 This month's update finally implements the backend overhaul, the culmination of what Wattson and I have been working on to drastically improve the game's features and systems, while squashing out lingering issues and bugs. There is also a small amount of content added, Aris Day 12, but as stated last month, it's much smaller than a typical update is. Most of the work this month has gone into improving several aspects of the game, which involved lots of new assets and elaborate coding.

In fact, this time I'm going to take a backseat and let Wattson tell y'all what exactly is in this update!

Hey guys, it's Wattson here. I know Eddio usually writes these things, but I wanted to give a bit of an overview of the changes. You're all likely aware that in terms of content, this update is going to be a bit smaller than usual. Despite this however, it is likely one of the most important updates to the game since the relaunch of the project back in 2019. For it is finally time for the backend revamp. This has been something Eddio and I have been working on since February and we hope you enjoy the changes that we've made. I will not be spoiling too many, but there are some changes I feel people would like to be aware of.

First, I would like to caution everyone to not save over their old saves. While I have done everything in my power to ensure this update is as seamless as possible, there's always the possibility I forgot something. And I'll likely hear about it immediately in the bug reports and will get a hotfix patch ready as soon as I can in the event one is needed. So keep those old saves around just in case.

Furthermore, I'd like to caution that saves immediately after fights may be broken. A lot of the script was changed to accomodate the new backend, and while I've done my best to ensure compatibility, there's just some areas I couldn't ensure will work seamlessly.

🔴 Saves immediately after fights might crash due to not having new variables.

🔴 Saves in the bathhouse will likely load with Killigan clothed. After the scene though things should be back to normal.

That aside here's some of the improvements and changes you all can look forward to.

🔵 Codex entries are now based on your save file instead of being persistent. This is to allow for some flexibility with things in the future.

🔵 The codex will also now let you know when an entry is new or updated. When you first load in, all of them will likely be marked new for now. But just click through them and should clear that up.

🔵 QTEs have seen an overhaul. Anyone who has played the QTE Playtest is likely aware of the changes. Feel free to let us know of any balance changes you'd like for them.

🔵 The equipment screen now uses drag and drop to equip things instead of just buttons.

🔵 The sell screen has been entirely redone to use drag and drop as well. No more having to go through the menu 3 times to sell all of Macsen's scrolls.

🔵 There's new discord integration. While playing, your discord will display how long you've been playing and where you're at in the game. Even has a couple unique banners it can display. You can choose to turn this off in the options screen.

There's definitely more to look forward to, but I'll leave that for people to find themselves. Be sure to check everything!

Finally, I'd like to end off by saying what an honor it's been to work on this. KT was a VN that got me really excited to work on visual novels and made me realize there's a lot more Ren'py can do than I first thought. While the meat of this update was to clean up the internals of the game so that it'd be easier for Eddio to maintain into the future, none of this would've happened without the hard work Eddio put into getting the tiny details right. It's been an honor working with him and I can only dream the work I've done these last several months can live up to what he's made so far. I can't promise there won't be any more bugs, but I sincerely hope you all enjoy this and what's to come. This project wouldn't be what it is without ya'll support. So thank you all* from the bottom of my heart.

A GIGANTIC thank you to Wattson for all the work he's put in for making all this happen. This game would still be running on sticks and stones without his coding expertise lmao

And that's about it for this month's update! There'll be a bit more to come next month, as well as a shift in pacing due to how travelling works! You might see multiple days in an update at once!

Lastly, here's a few notes to take heed of before you head into this update:

With all that said, please report in the discord if y'all find any bugs or glitches!

HOTFIX: Fixed some lingering bugs and issues pointed out in the bug report thread.

HOTFIX 2: Fixed additional bugs and improved QTE balancing on all platforms: drastically reducing the amount of presses needed for the mashing QTE, and increasing the likelihood of succeeding at an event when QTEs are turned off (50+% -> 66+%).

A bovine's journey in a land unexplored.

Love this game so much! the interactions, story, lore, and relationships between characters have me super invested!

I'm on android and the application seems to be fine, I need some help

Where is it crashing? On startup, when loading a save, somewhere else? Gonna need more information if you want help.

i think the minigame is a little too hard , maybe the sensitivity could be raise up a little bit ?

When I load a save, there always error

How I can fix it?

try to load another save, no the newest

thank you so much for new public update you did a great job as always on your game, congratulations